The Coming of the Snow

The hard, cold snow is here,

The kind that makes you wince.

The great, crackling steps one takes that sink unexpectedly,

Mother earth reminding you she’s but a heavy footfall away.

So a morning walk becomes impossible and the dog, depressed.

Your husband reminds you how he loves the winter but

You remember how warm sun feels and how each morning contains freedom.

The watchers and the livers

Each needs the other to remind them what they miss

Not better or worse

So every morning Stan and I go for a two mile walk long before most normal folks have even batted one eye. It’s really lovely here by the bay and one can hear many sweet, early morning noises. I used to listen to the news on my IPHONE but one day the battery died and I realized it was much nicer to hear only the natural noise of the neighborhood. We walk up a long set of stairs about half way through the walk and Stanley tries to delay things by pretending to have to pee or sniff the very important grasses along the way.

At the top of the stairs there is a fairly busy street that runs across Sausalito and up to the highway. The street is narrow and it is difficult for two cars to pass one another due to this narrowness as well as the cars parked on the side of the street. As we walk along this street we often pull into a small space between the parked cars to allow a car to safely pass us. I hear the cars coming and usually find a place to pull into with Stanley as I find it safer for both of us.

Now I think of myself as a patient person as well as one who tries to be courteous to others but these days I have noticed there is a war starting in our neighborhood. The hybrid car drivers are really angry and have no patience at all. I noticed this a few years ago on the highway when I became aware of the speed and aggression of Hybrid car drivers. It actually frightened me. So I began to hypothesize about why this was happening. Did the bulk of hybrid drivers buy the cars because they wanted to save money on gas? Did they buy hybrid cars because it was better for the environment? I really don’t know the answer to these questions but I do know that for the most part hybrid car drivers are really pissed they are in these cars in the first place and seem determined to show the rest of the world how aggressively they can drive and how fast they can go.

The other morning Stanley and I were honked at by a hybrid driver who had silently driven up on us and even though we were within our rights to be walking on the side of the road, the driver apparently felt we weren’t giving her enough attention.

The honk was really loud and made both of us jump. I turned, startled by the noise and thinking there was a real problem, only to see that this woman wanted to go even faster than she had been and I was delaying her by seconds by walking my dog around a car.

Now I am perplexed. Isn’t part of the thinking in having a hybrid about being environmentally aware and isn’t sound a part of that awareness?

Isn’t there another solution? Like rolling down her window and calling out,” Excuse me, please?”

The one thing I have managed to maintain (knock on wood!) in my old age is my hearing and those hybrids are really quiet! If I were driving one I would worry about honking at people at such close range thinking I might hurt their ears or be bothered by my rudeness.

The last time something like this happened a young man honked at me and I shouted out at him, “That’s very rude!”

I know, I know. I should learn to just ignore these people but I can’t because I think they have no idea what they are doing.

This young man stopped his car and asked me what I had said which was very strange as I know he heard me. Perhaps he wanted to become belligerent with a 5’5 inch 120 pound lady walking a beige Chihuahua who is really a mutt but is so much more! In any case I said that he would probably have a heart attack if he didn’t learn to calm down and become a more patient driver. Then I told him meditation might help and that there was a class in the evening right down the hill.

He sat there in his car with his mouth open and then just floored his gas pedal and shot off into the morning. You can’t tell me these folks are happy.

So here’s what I think. I think the hybrid drivers are sheepish about their cars and want to prove to the world how powerful they are both mechanically as well as spiritually and they are unable to do either.

I will never drive a hybrid car as I would never progress beyond my own driveway. I like to make a lot of noise when making an entrance! 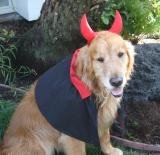 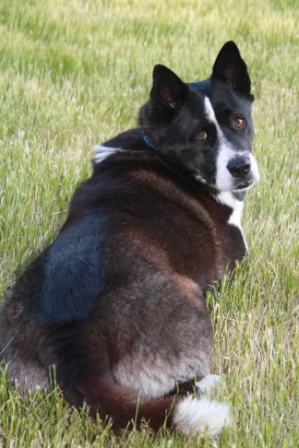 the affection of dogs

paying your bills especially when the payee needs the money

taking yourself out to where you want to go

knowing where you want to go

admiring other people who are smarter than you

admiring other people for any reason

listening without adding your own experience

learning to just sit there and listen to nothing

giving away a lot of stuff you find you really don’t need.

feeling like you don’t need a lot of stuff

giving away dollar bills to kids for their UNICEF boxes

not reacting when people act in ways that are inappropriate

not reacting to any bad behavior

I am worried about her as I think she’s losing it. You wouldn’t believe what’s next to her bed these days…”The wind in the Willows” for one thing!  Not that I object to stories about animals! I actually happen to love reading about Rat and Mole and those days of  “messing about in boats”. Just the picture of these animals in their cute little boats reminds me of the fun we had last week in Maine when we went in a really fast boat and my ears blew up on top of my head. I adore speed. I just can’t help myself! I am happiest when I am being speeded along in some sort of vehicle with , preferably , an enormous you know what!  An engine, you silly! Usually she find someone that has something along these lines and she doesn’t tell them she is bringing me along until we are actually on the vehicle and  then out I spring! I do this with such joy that no one can resist my gleaming teeth and glistening fur which their hands are  irresistibly drawn to. Then I get the place of honor and I sit high up on a dashboard(my fave) and watch the waves zoom past us and the other less powerful boats slowly falling behind. Sometimes I see things I shouldn’t. Once I saw the boat captain of a friend goose the wife of a guest. It looked like a goose that had already gotten the gander if you know what I mean. Now where does that expression come from, “goose”? Geese actually don’t usually sneak up behind you and poke you. Or maybe they do. I am just too low down to have had such an occurrence. I do remember that lakeside picnic where she was walking slowly about the lake with her dreamy expression on and a goose coming right up behind her and goosing her so hard she actually fell into the lake! I couldn’t help myself. I laughed hysterically! I know this is not a loyal thing to do but sometimes her antics are so entertaining that I can’t stop myself from doing this. Like for example, why in the world is she trying to befriend every toll taker on the highways of America? Every single time we pay a toll she has to extend the conversation with these people. Hell! Some of them are actually on our Christmas card list. You wouldn’t believe what she gets into just in a drive by….Pregnancies, abortions, divorces, alimony…Why the last time we paid a toll I had to listen to a story about bondage! Or maybe it was bonds! Now I wonder if bonds are like when I have a leash on? She was talking about buying bonds the other day with a friend as she said she needed income. I wonder how bonds would bring her income? Maybe because they would tie her up and prevent her from driving to Nordstroms? Well, let me tell you! That wouldn’t stop me! I am going to try to cheer her up as I don’t think bonds are a good idea. No one like anything tied up in the long run no matter what is incoming! The best thing is always meat! Lots of juicy steaks and plenty of luscious hamburger (the real kind!) and a freezer full of bones. Now that’s real living and don’t you forget it!

The night is young as they say and I am enjoying the soft fog curling about the hills of Marin as well as the antics of “Rosie”, my small dog, who continues to entertain and delight me. I completely understand why studies show that people who live alone benefit from the presence of an animal. My Rosie adds an enormous amount of pleasure to my life particularly in the morning. Rosie sleeps patiently next to me in my bed yet somehow knows the exact moment I  awaken in the morning when she begins our ritual of dachshund/human love. She burrows under the covers right by my face and announces in her own way that she needs attention in the form of adoring belly scratches. I never withhold love from Rosie as whatever I give her is given back three times over. The sheer delight of our morning encounters never ceases to bring me joy and laughter. With Rosie, love seems so simple. The agenda is food, scratching, petting, walking and then sleeping. I know what to do for her, and she, for me. She looks in my eyes and says to me she understands what I feel and accepts it. I look into hers and know what it feels like to absolutely adore someone. A friend of mine said the other day that she loved her dog as much as her daughter and I understood. Rosie goes everywhere with me and often speaks to strangers. Sometimes people call my house and ask to speak to her as she is a very good conversationalist. She has advice on all matters of life including: dress, men, sex, children and , above all else, food. She really is not interested in wine which disappoints me. The other day she commented to me that I should see more of my friends in California as I seemed much happier here than in the east. She really likes my boyfriend as he likes her and sometimes that’s all it takes for us to like someone else. She tells me he needs to wake up and realize that love is all there is and I completely agree with her. What I have noticed is that sometimes people prefer to sleep very soundly through life and there is really not much you can do to wake them up. You can nudge them with your dachshund nose and look at them with your melting brown eyes and , frankly, if they can’t adore you they are fools!

Here are most recent thoughts